Home » Blog » How To – Self Examination Of The Testicles
Blog

How To – Self Examination Of The Testicles

A COMPLETE SELF EXAMINATION OF THE TESTICLES

Scrotum -it’s a skin sac that a house the testicle, the sac plays a crucial role in spermatogenesis. 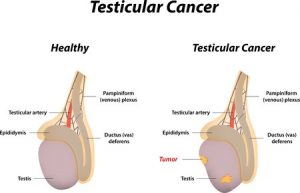 There should be no pain or discomfort when the testicles and the scrotum are palpated gently with between the hands.

STEPS IN PERFORMING SELF  EXAMINATION OF THE TESTICLES

Cup one testis using both hands and test by rolling the testis in the scrotum between the fingers, press them lightly to avoid inflicting pain or causing injury yourself

You palpate look for the lumps in its texture, irregularities in the shape and its size and also note if there is any pain, always keep in mind that one testis is larger than the other one

During the process, if you observe any abnormality in the testis, such as pain, lumps, or fluid in the scrotum, it is advisable to seek medical attention from the physician.

Haematocele- it is a blood clothing caused to be the stressful conditions and the injury of the scrotum
Epididymis orchitis-it is the abnormality caused by information and pain in the testicles, and it can be managed antibiotics
Cyst-this are the fluid deposition in the testicles
Testicular torsion- is caused by the rapture of the cord connecting the testicles to the body
It requires urgent medical intervention.

Tags: Self Examination Of The Testicles